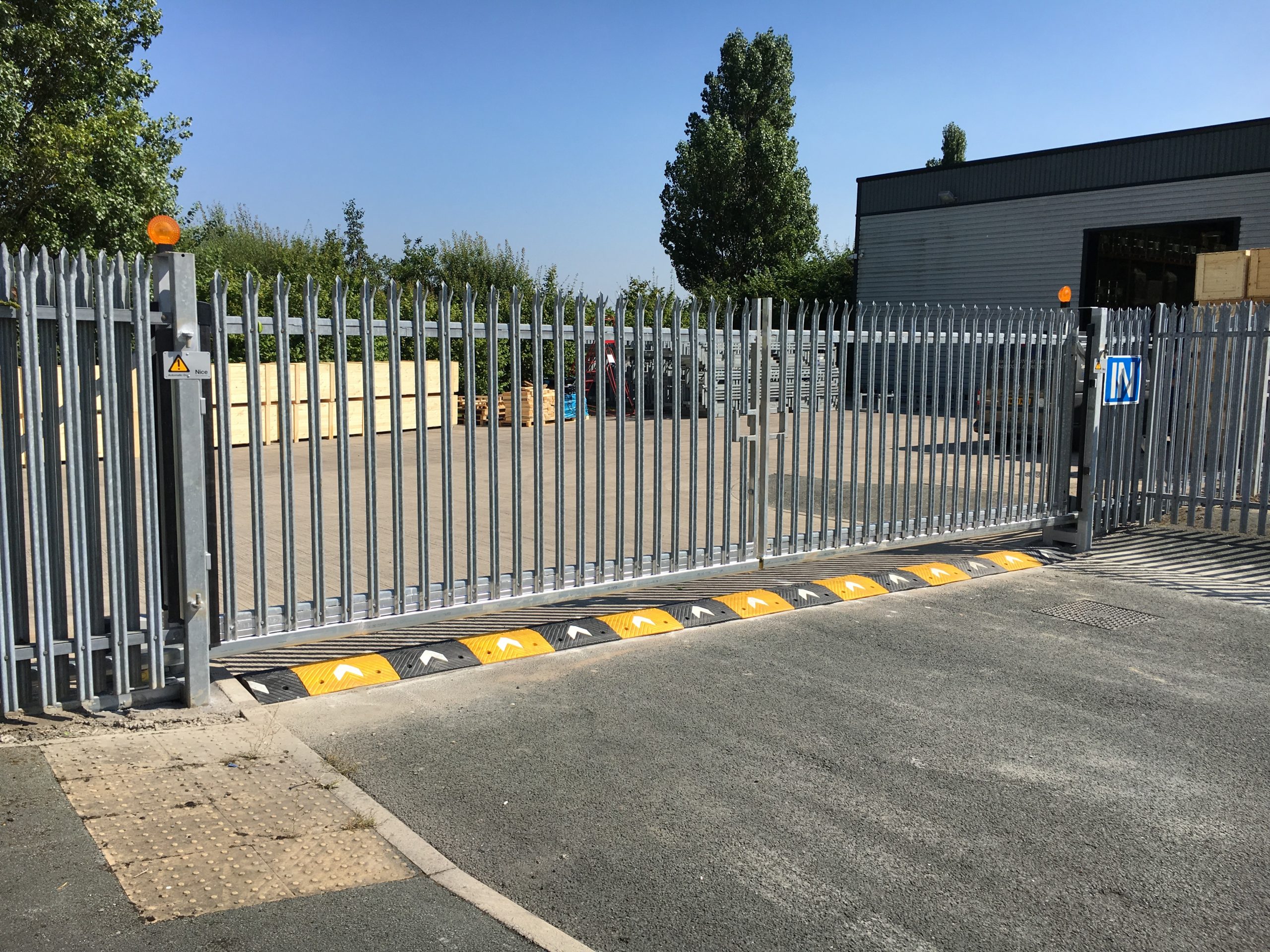 Job Specification– The site originally had a large set of manual swinging gates which opened up to 180° degrees to allow access for HGV vehicles to enter the site.

However due to a constant flow of traffic entering the site, the gates were being left in the open position by the staff due to the inconvenience of them having to be opened and closed manually each time a vehicle entered the site. Because of this, it was considered the best option for automation to be fitted to the gates to allow the site to stay secure and closed from unauthorised vehicles.

The customer had previously contacted four different automation companies to provide a quotation to fit an automation system to the gates but was unable to obtain a quotation from any of them due to the degree of opening.

Upon contacting ourselves, we found the best and most effective option was to convert the swinging gates into sliding gates on cantilever systems.

The gates were converted into sliding gates by adapting the current gates and fitting the appropriate box sections for support and strengthening. They were then fitted to the cantilever running equipment and painted to suit.

Operating System– The gate is operated via remote control transmitters by the staff who work on site, a GSM intercom system (which calls the reception/office on site) for visitors and an entrance keypad.

The new automation system has a duty cycle of 99%, meaning the automation is capable of operating almost continually without overheating – ideal on a large commercial site.

Regulations and Health & Safety– The gates have built in obstacle detection and two set of safety photocells fitted across the opening set at car height and HGV height. All trap, drag and crushing hazards are covered by safety pressure edges.

This system fully complies with all current BS EN standards set by the Health & Safety executive. 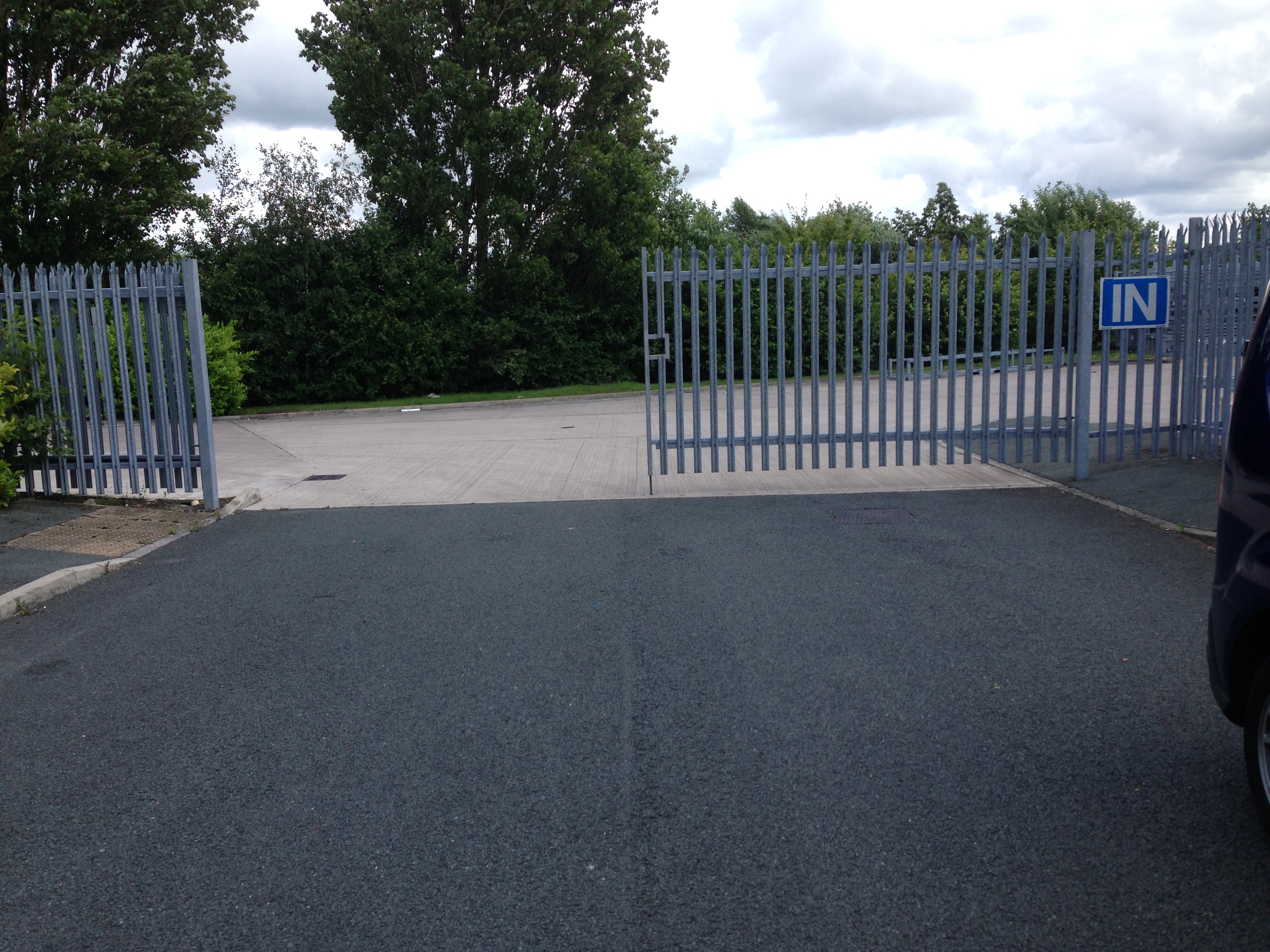 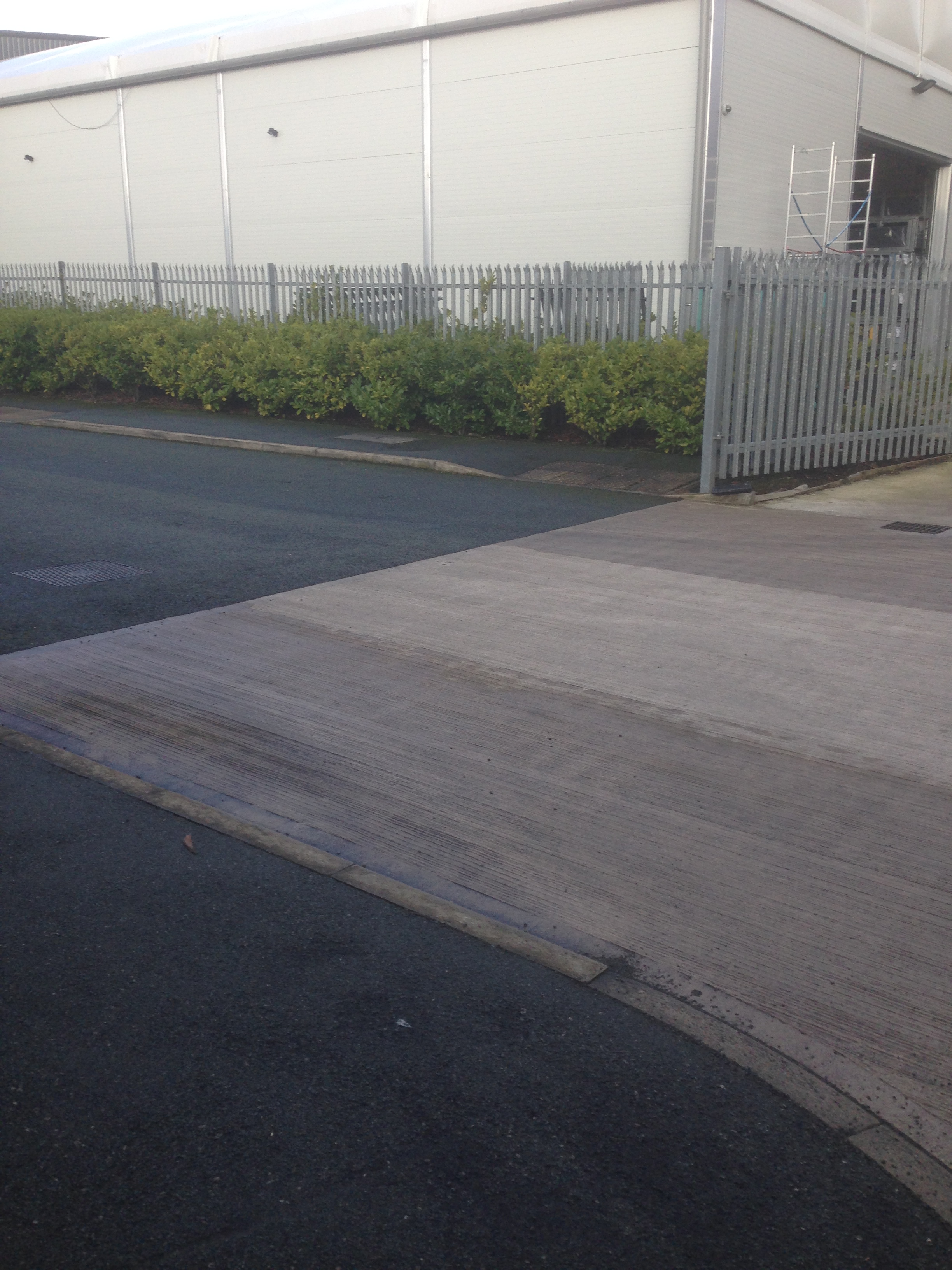 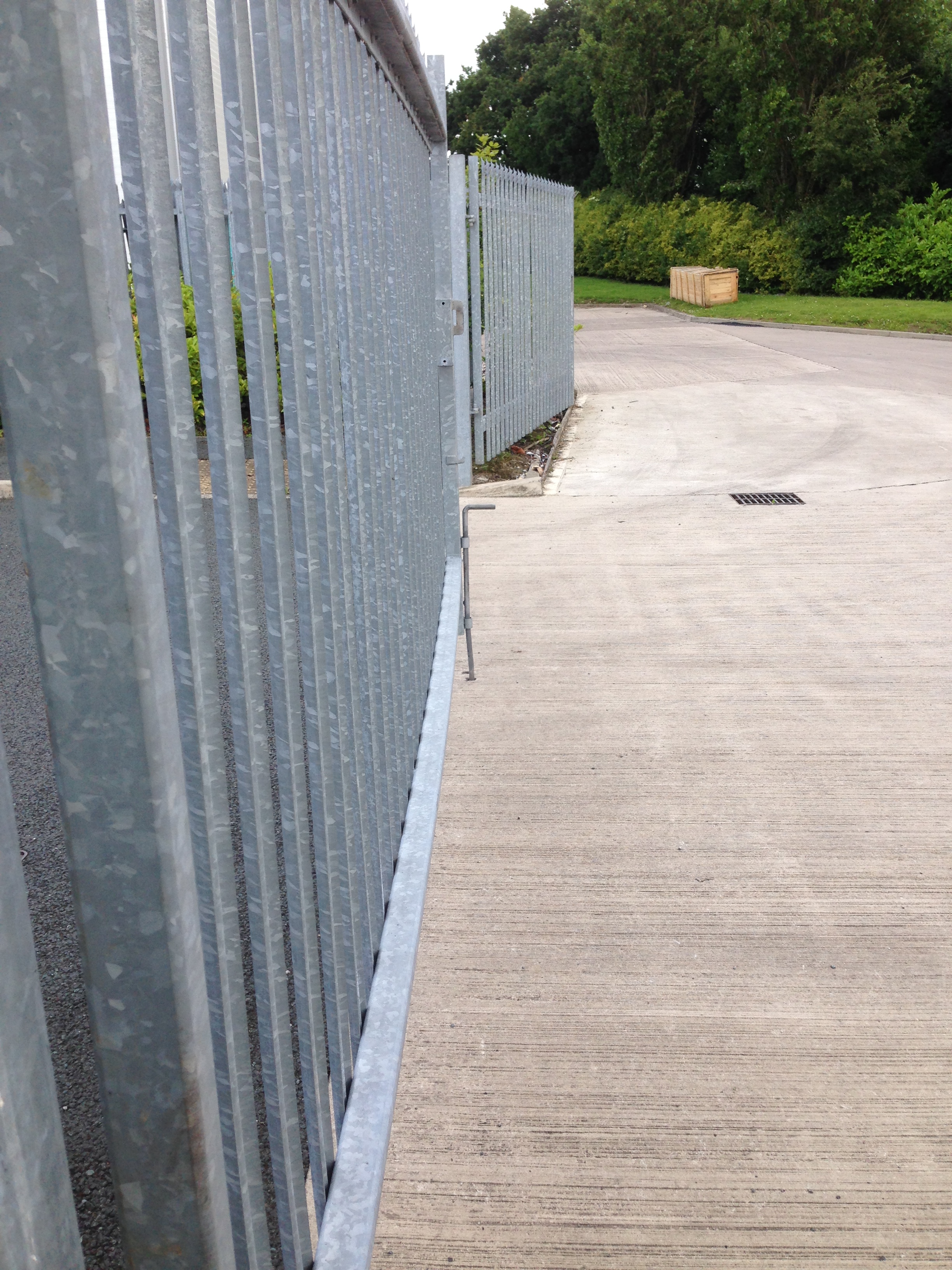 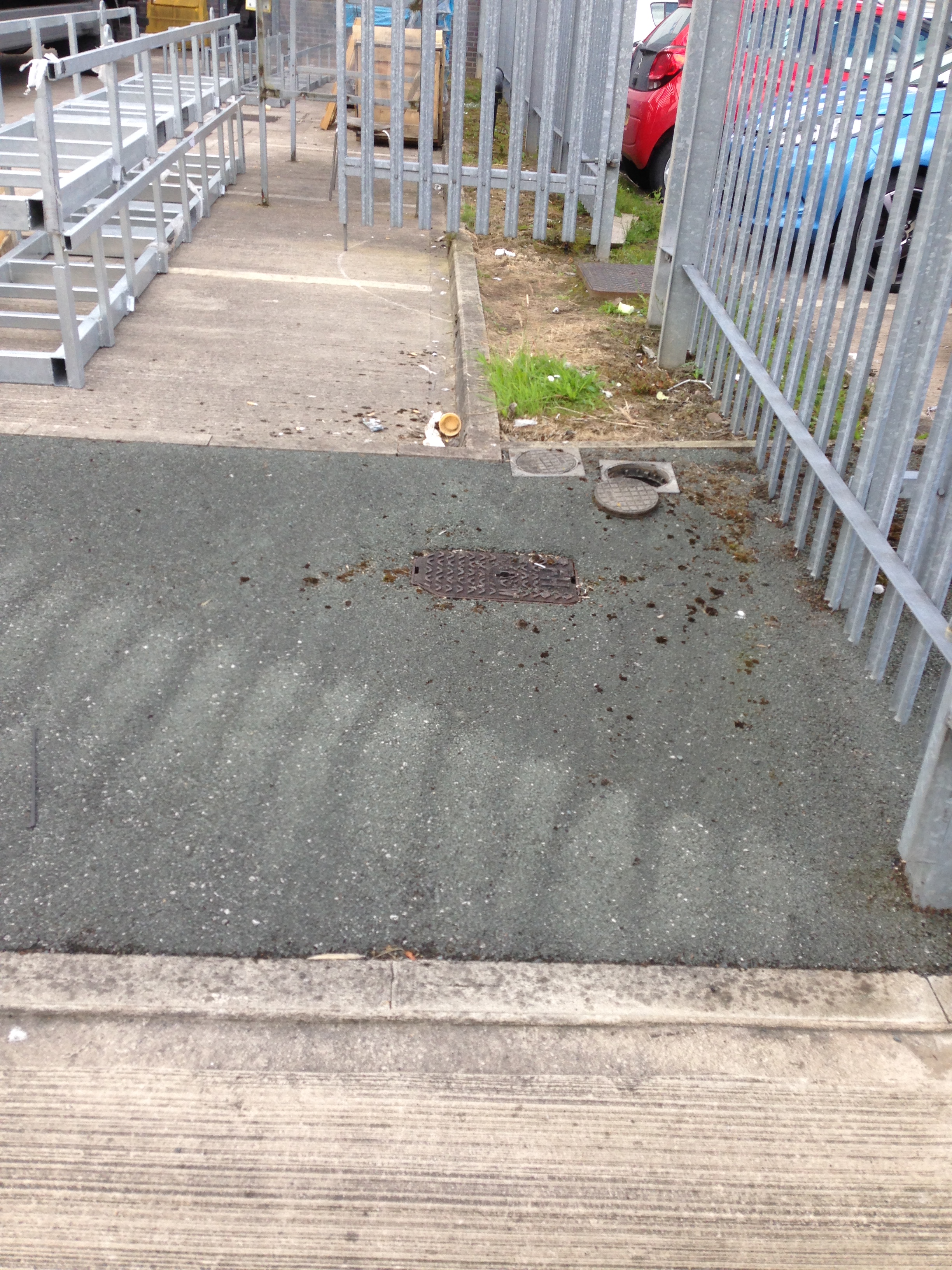 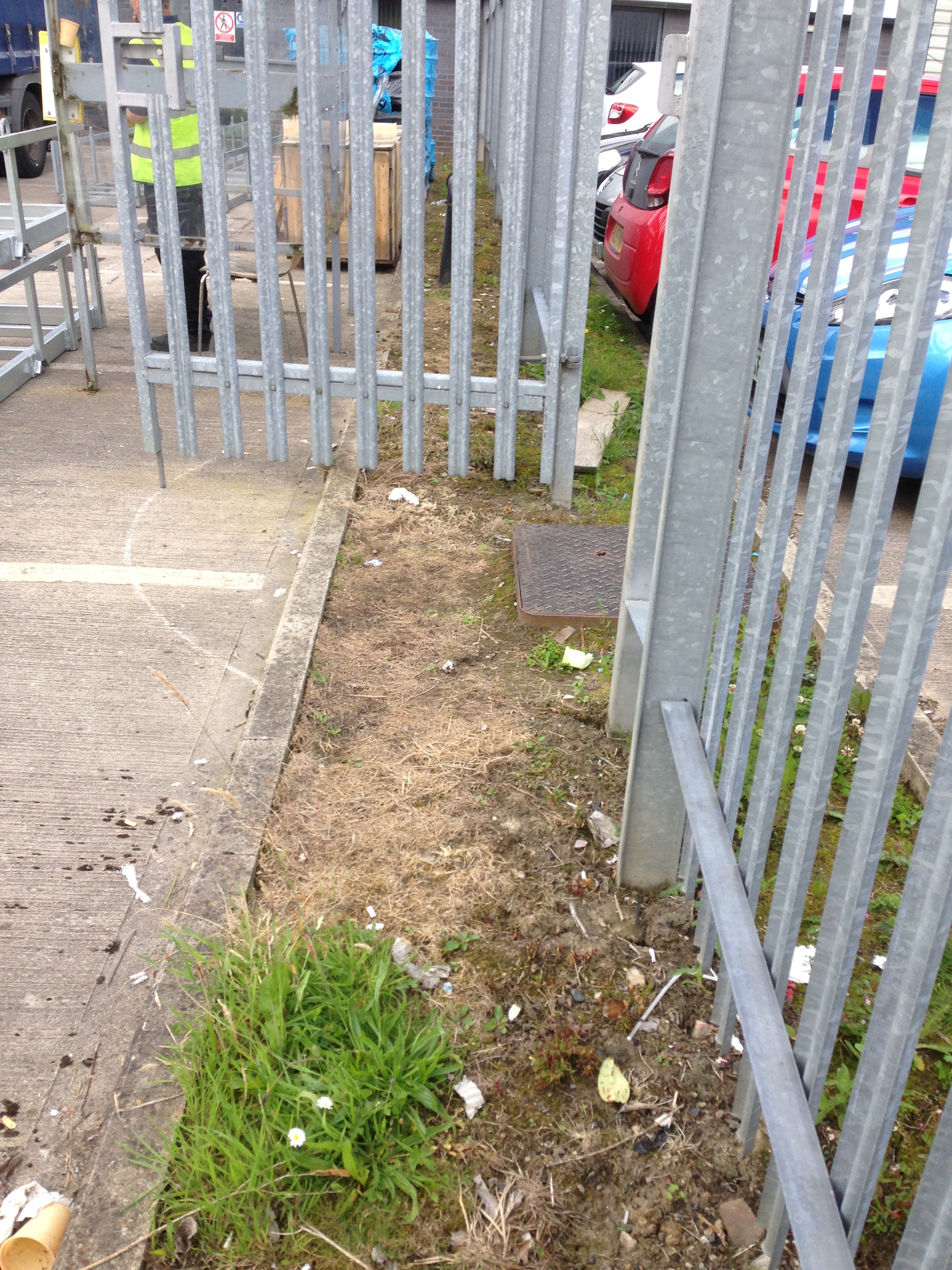 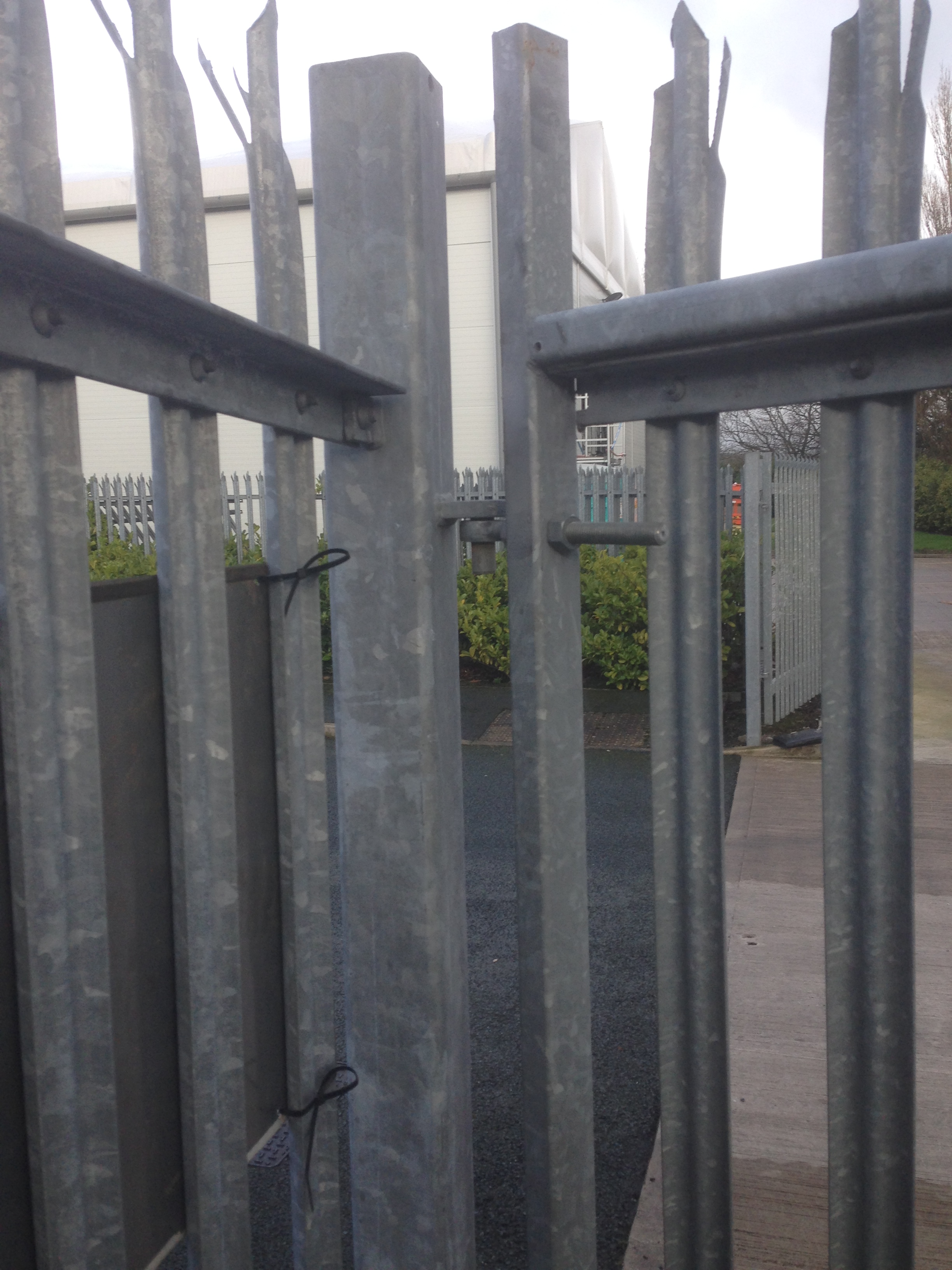 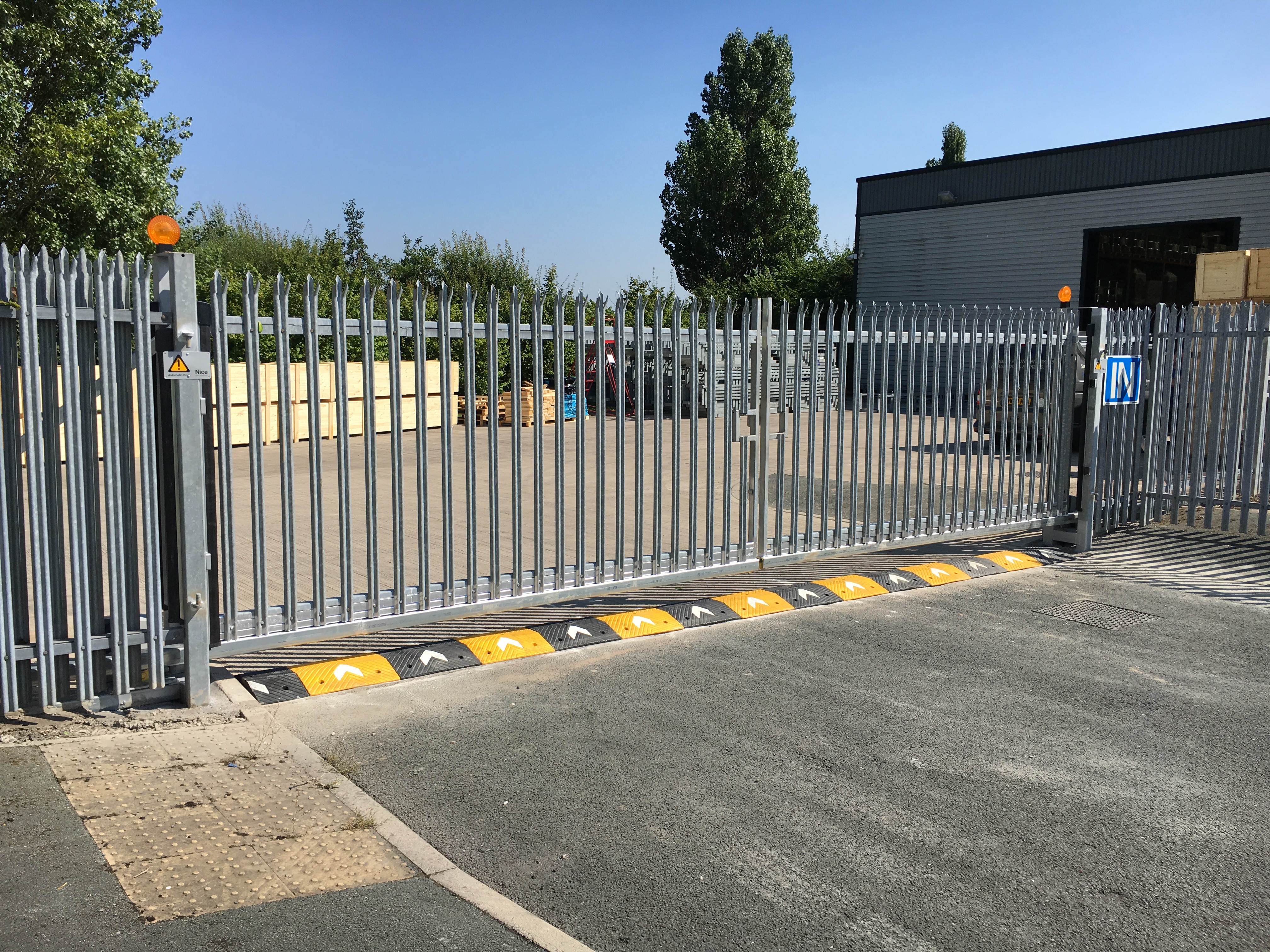 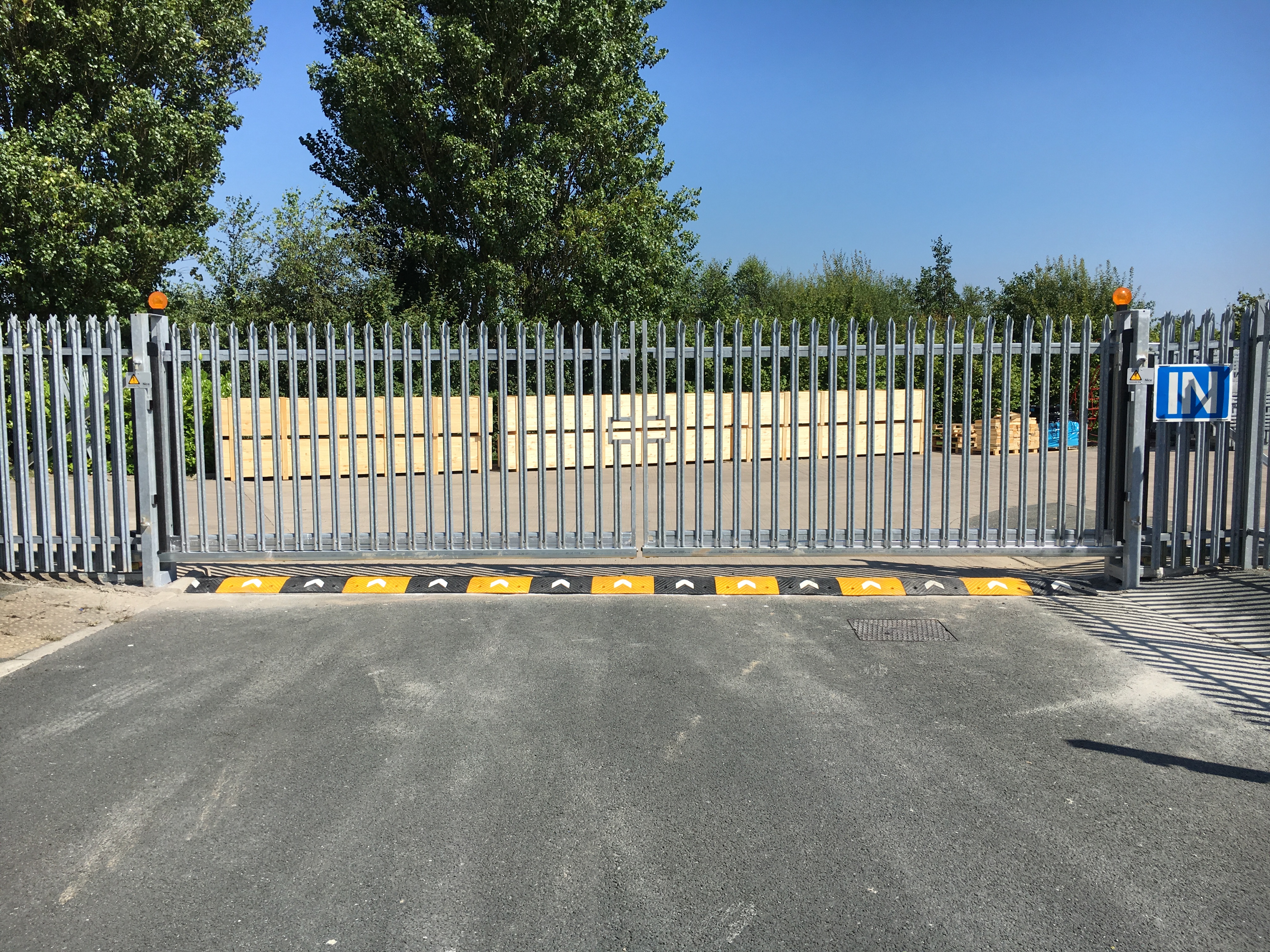 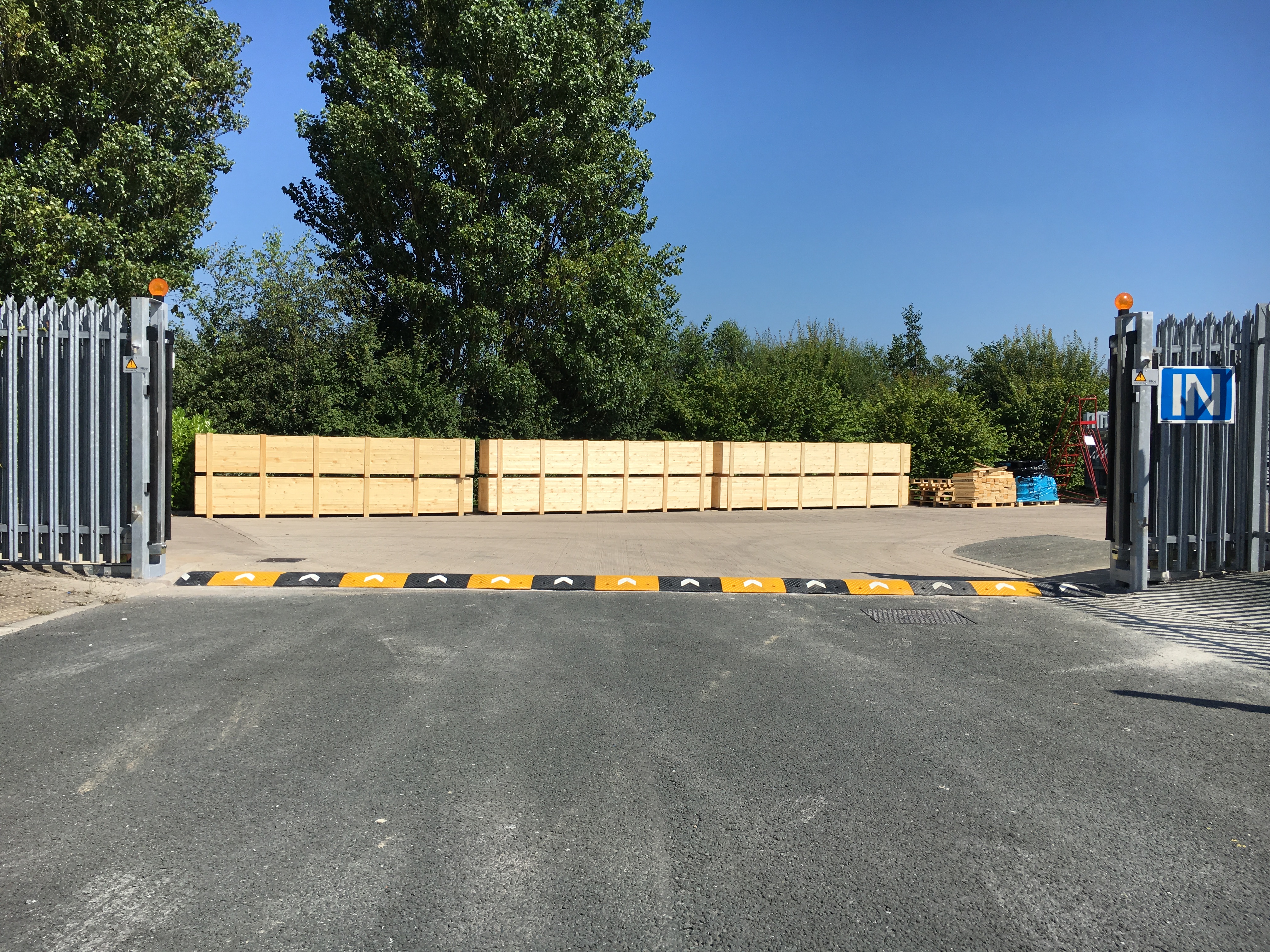 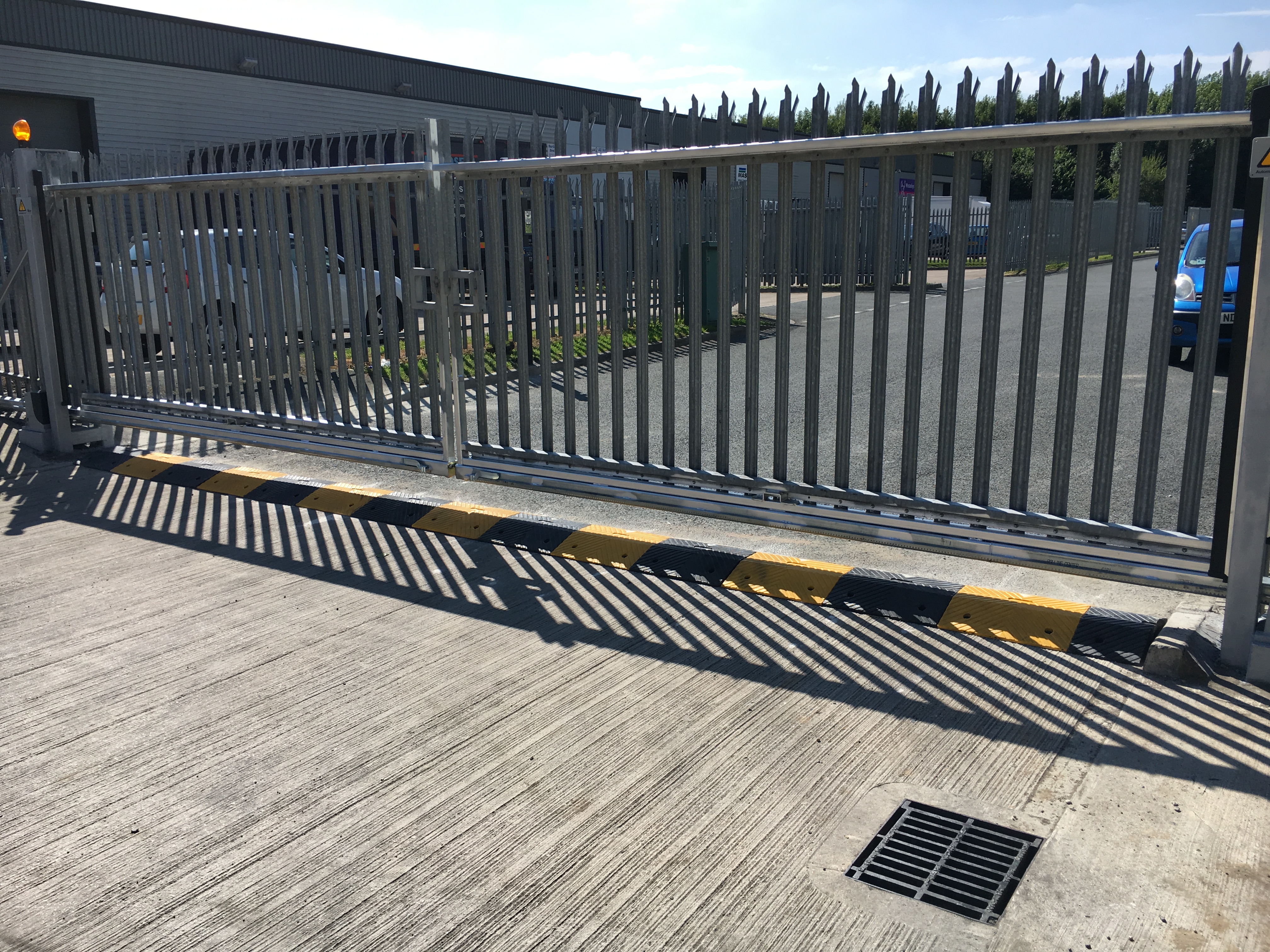 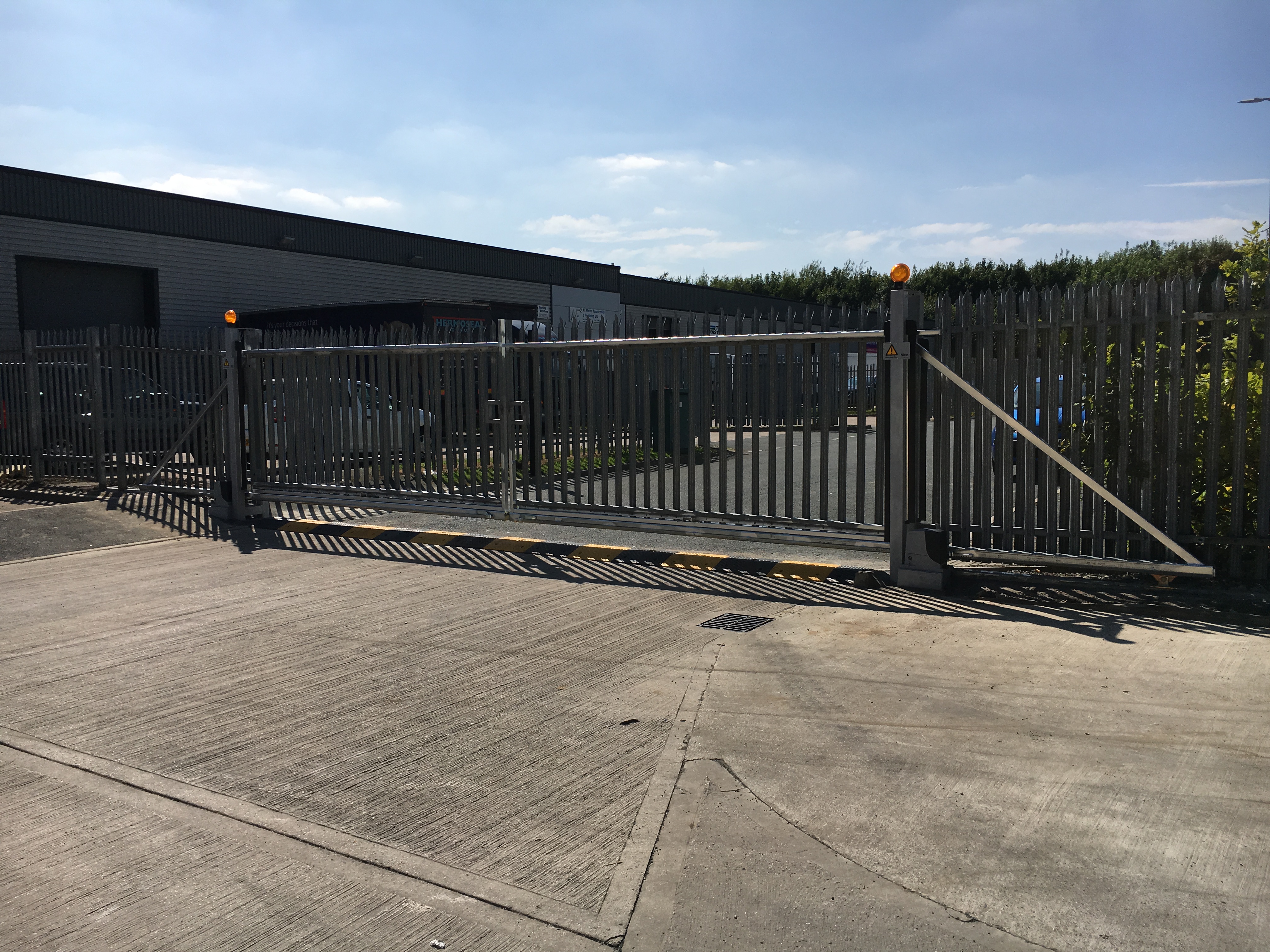 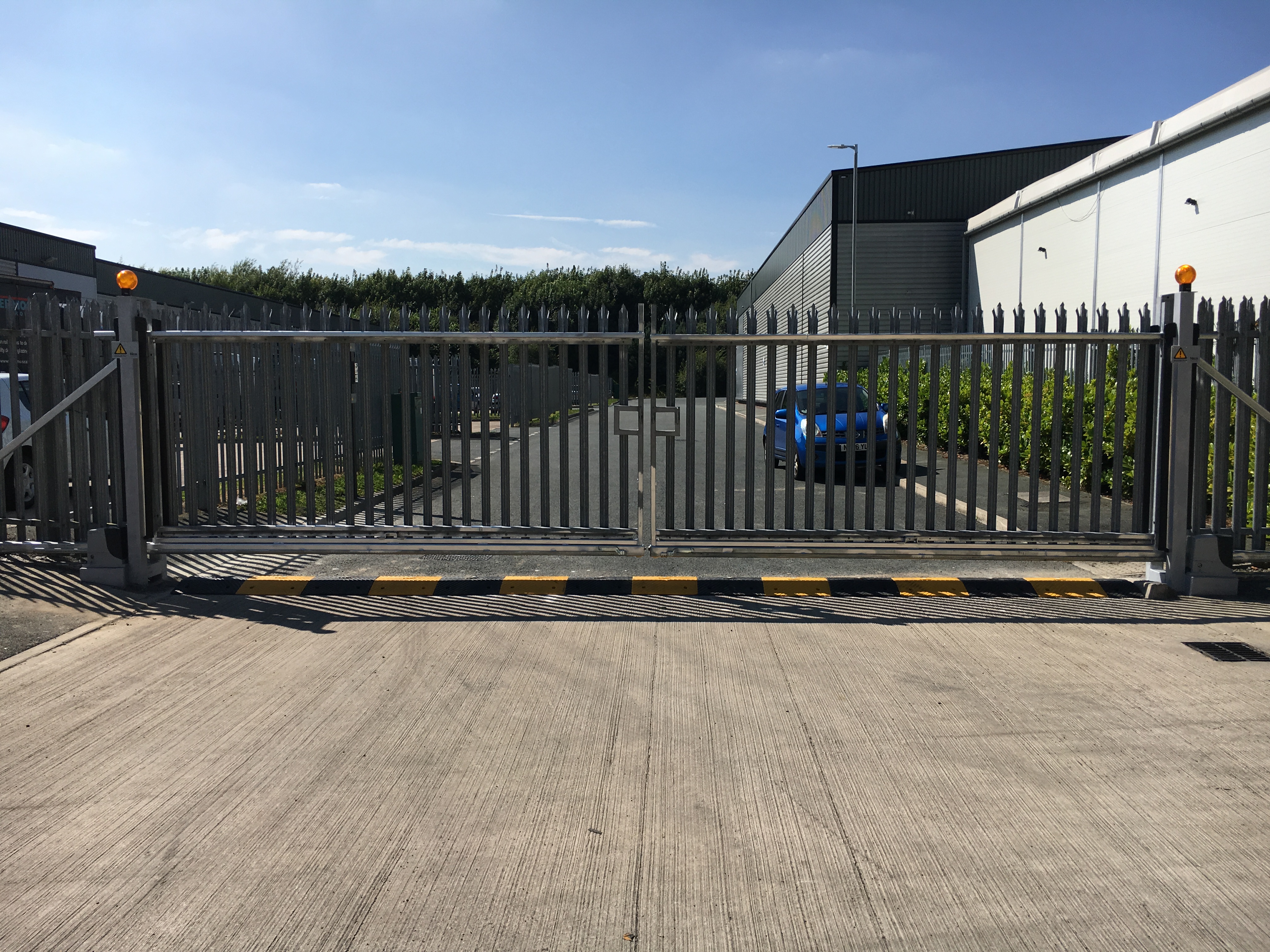 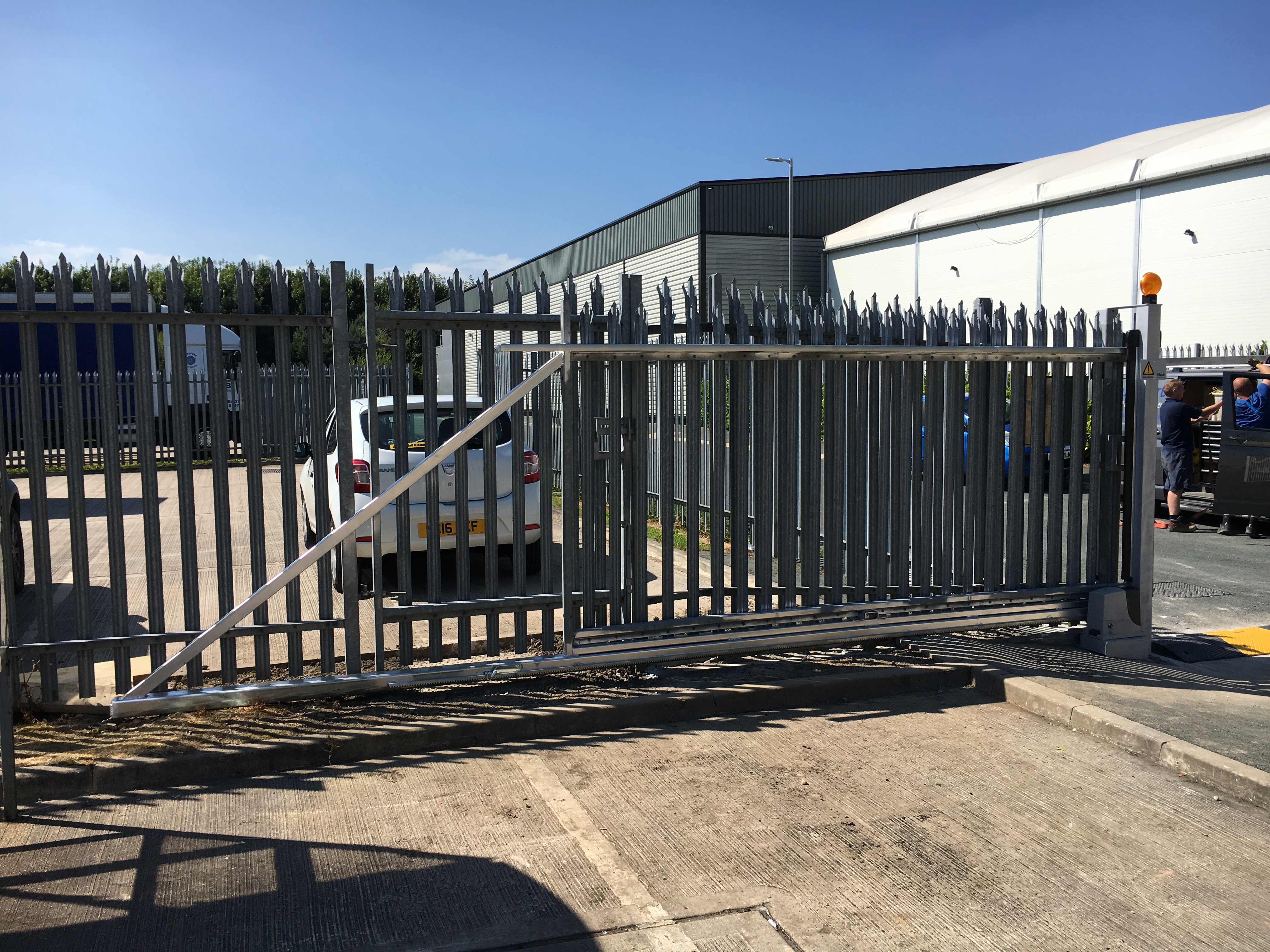 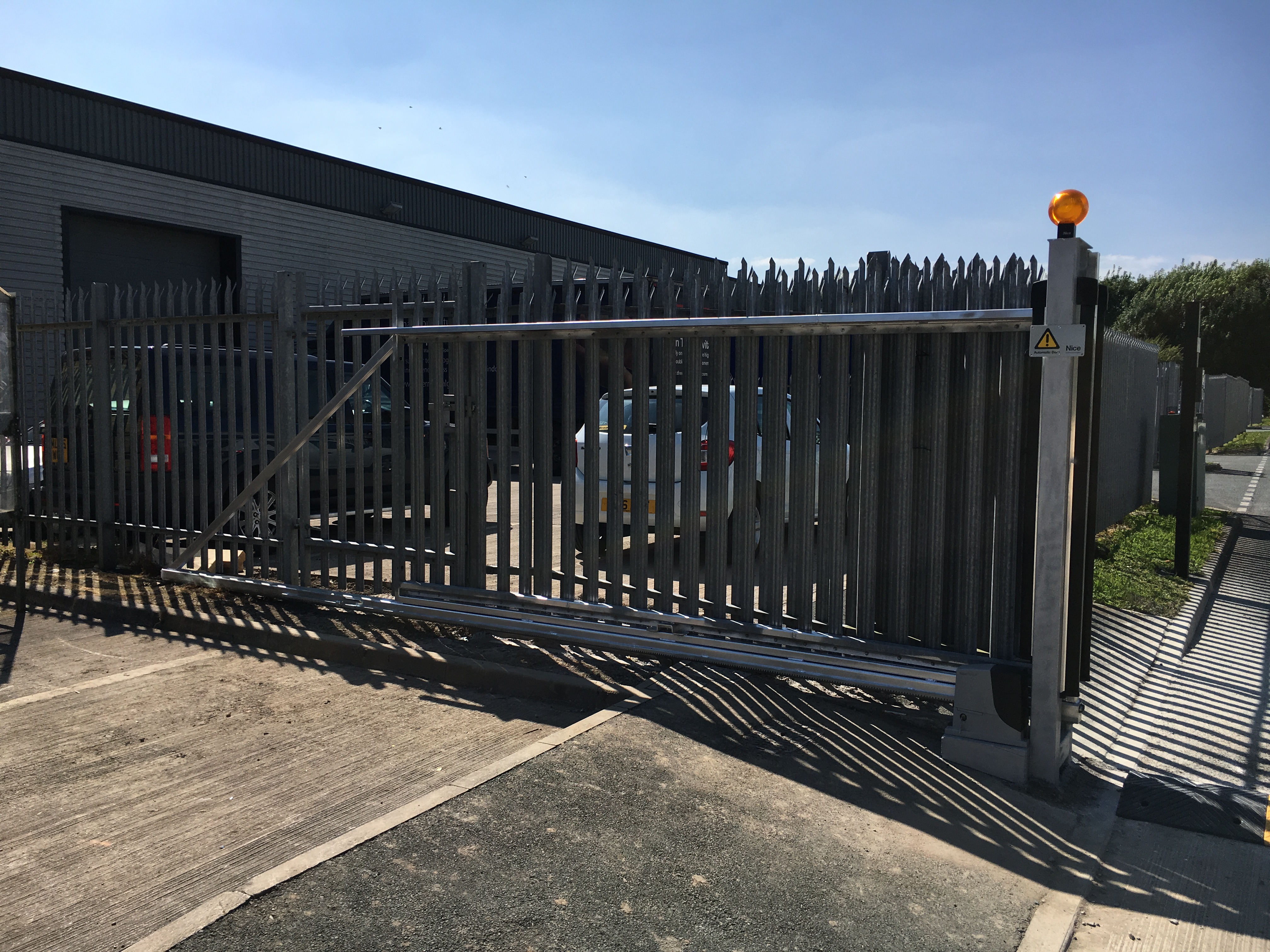 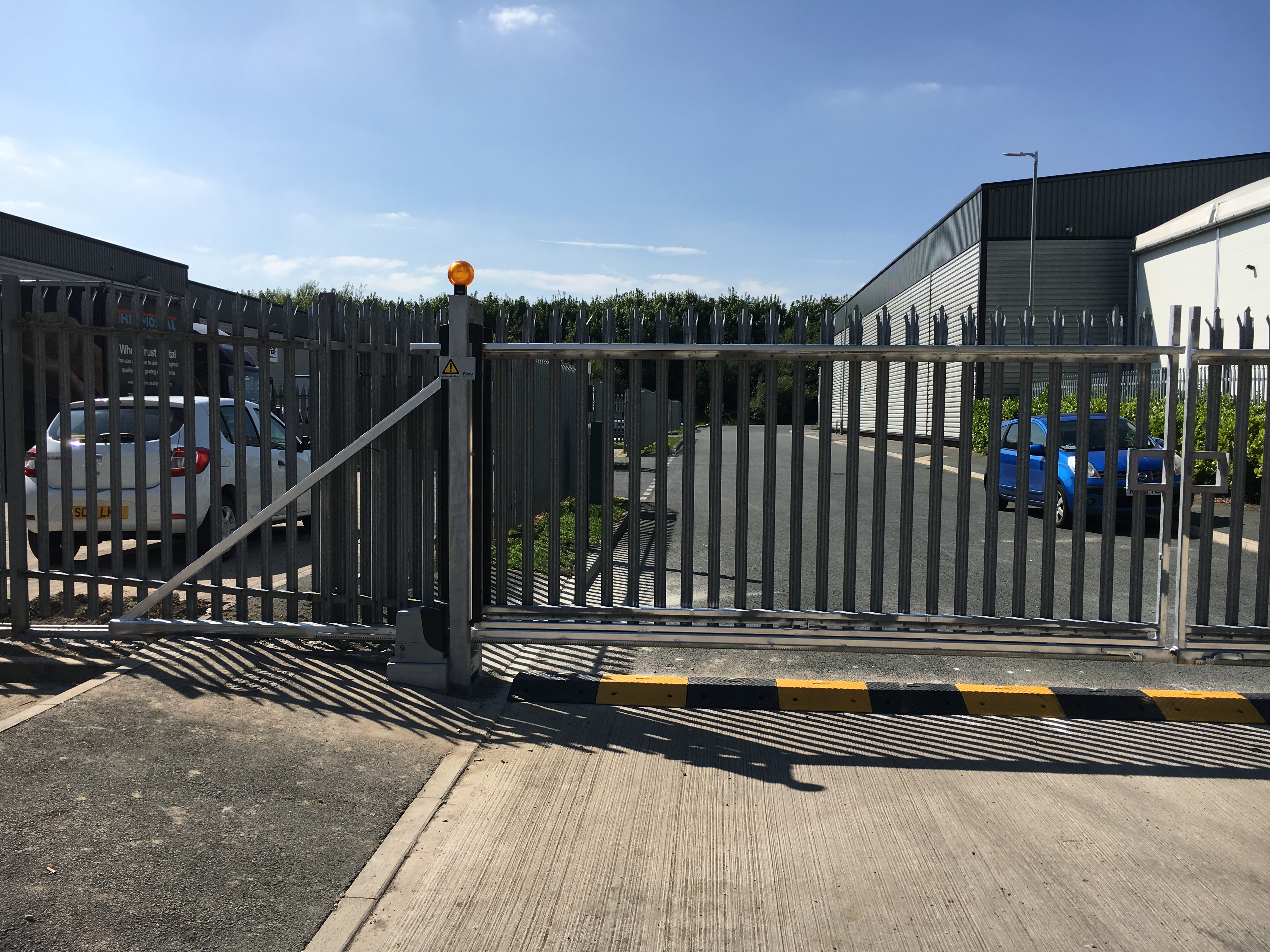 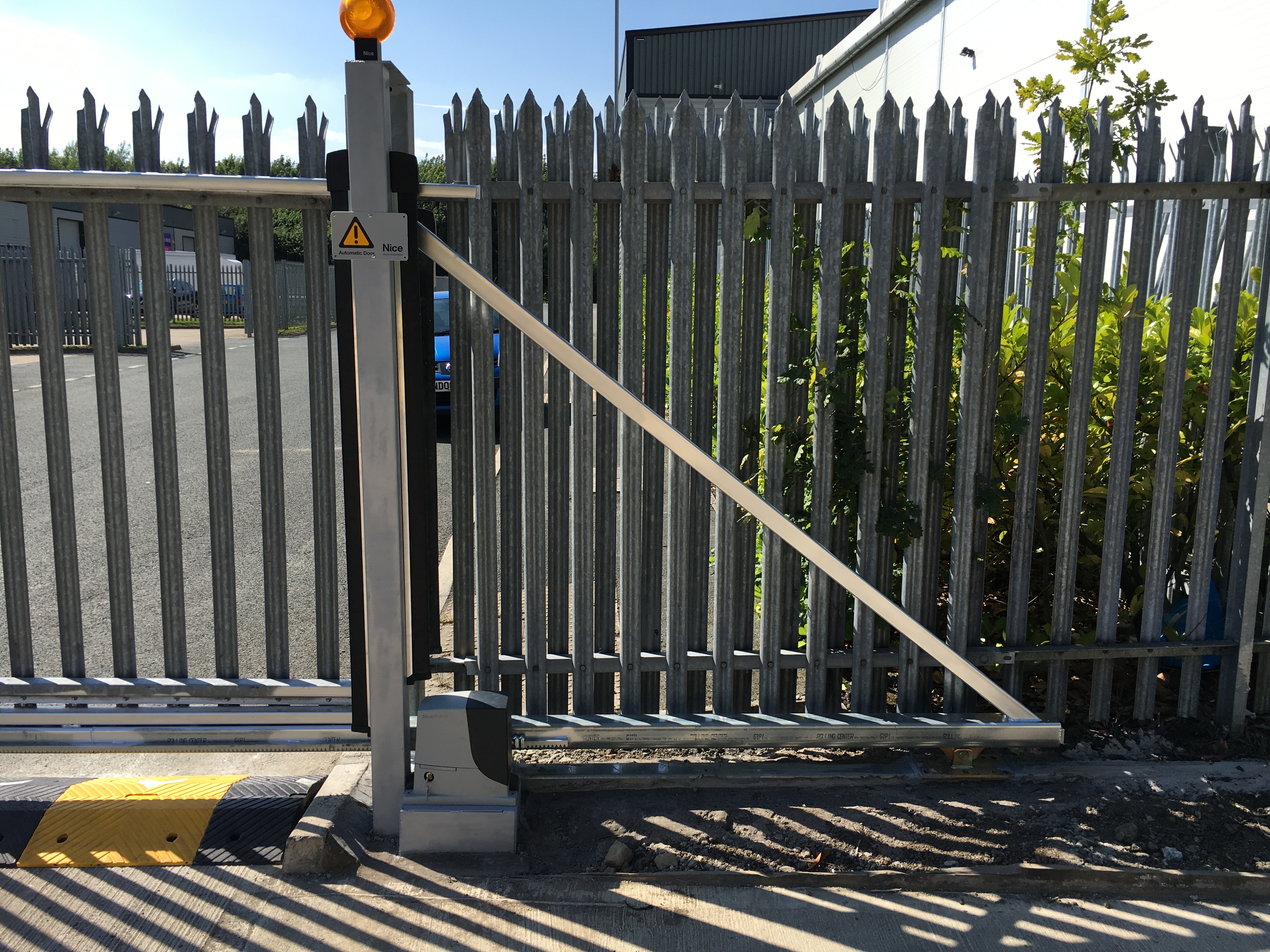 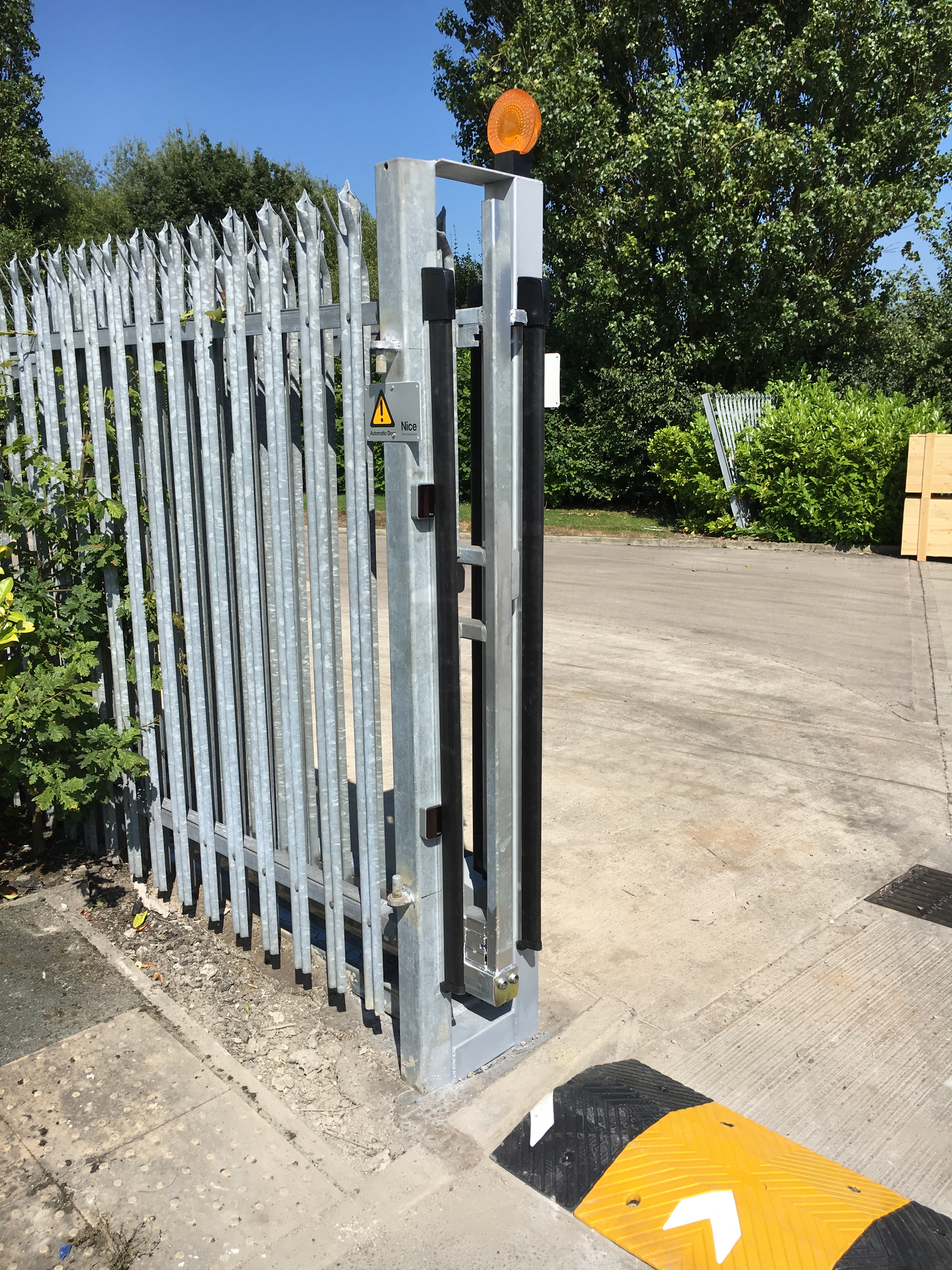 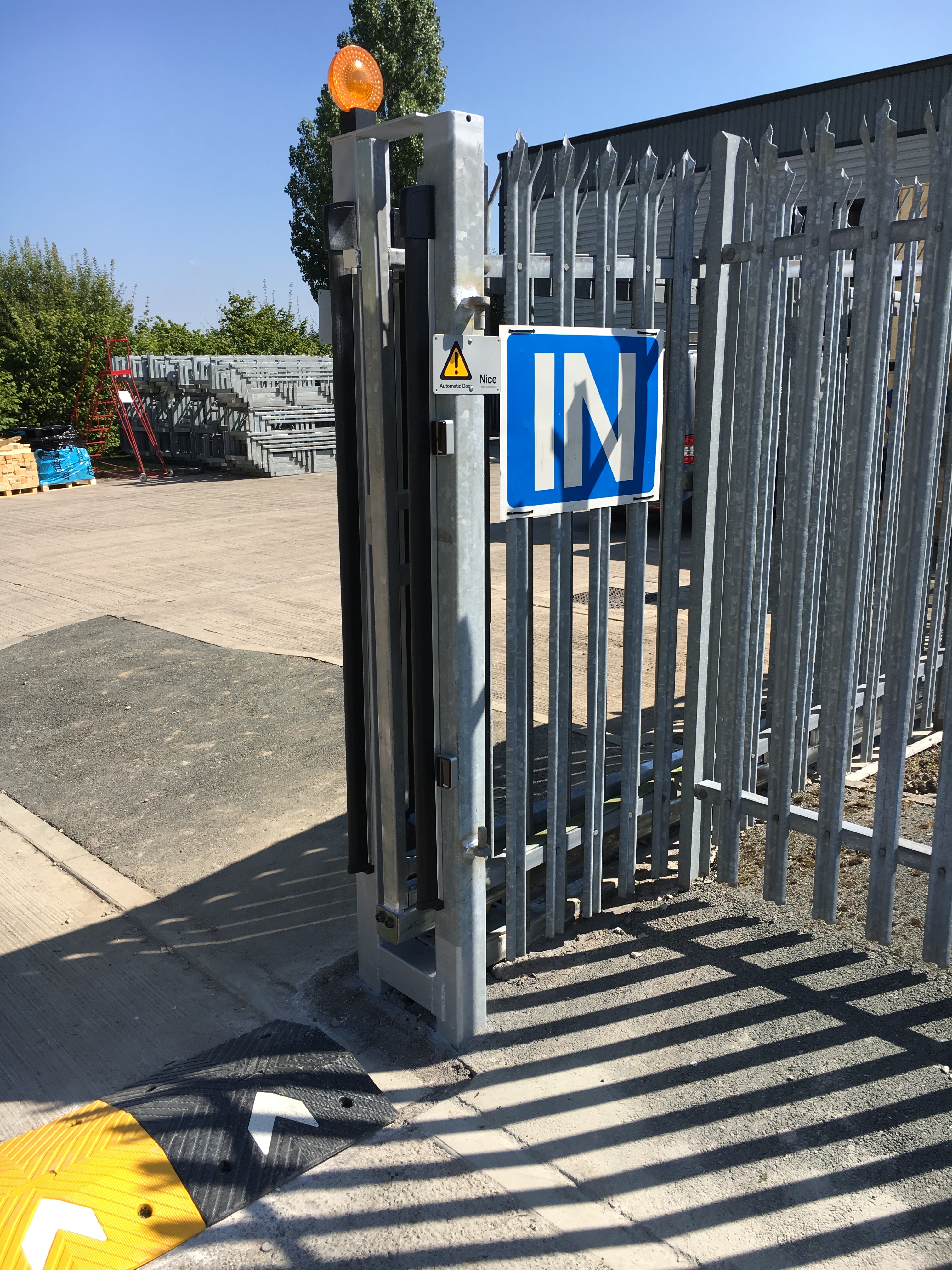 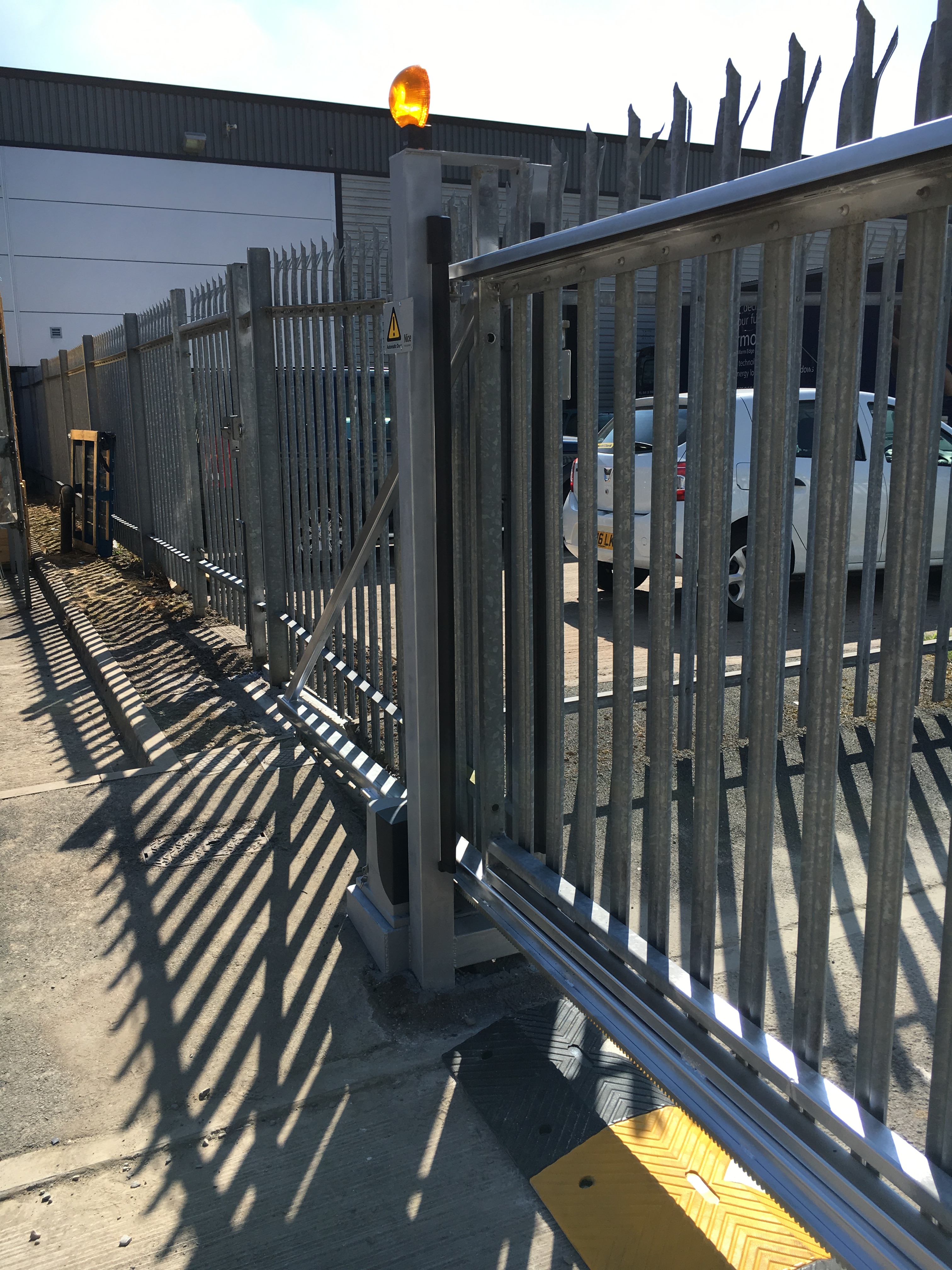 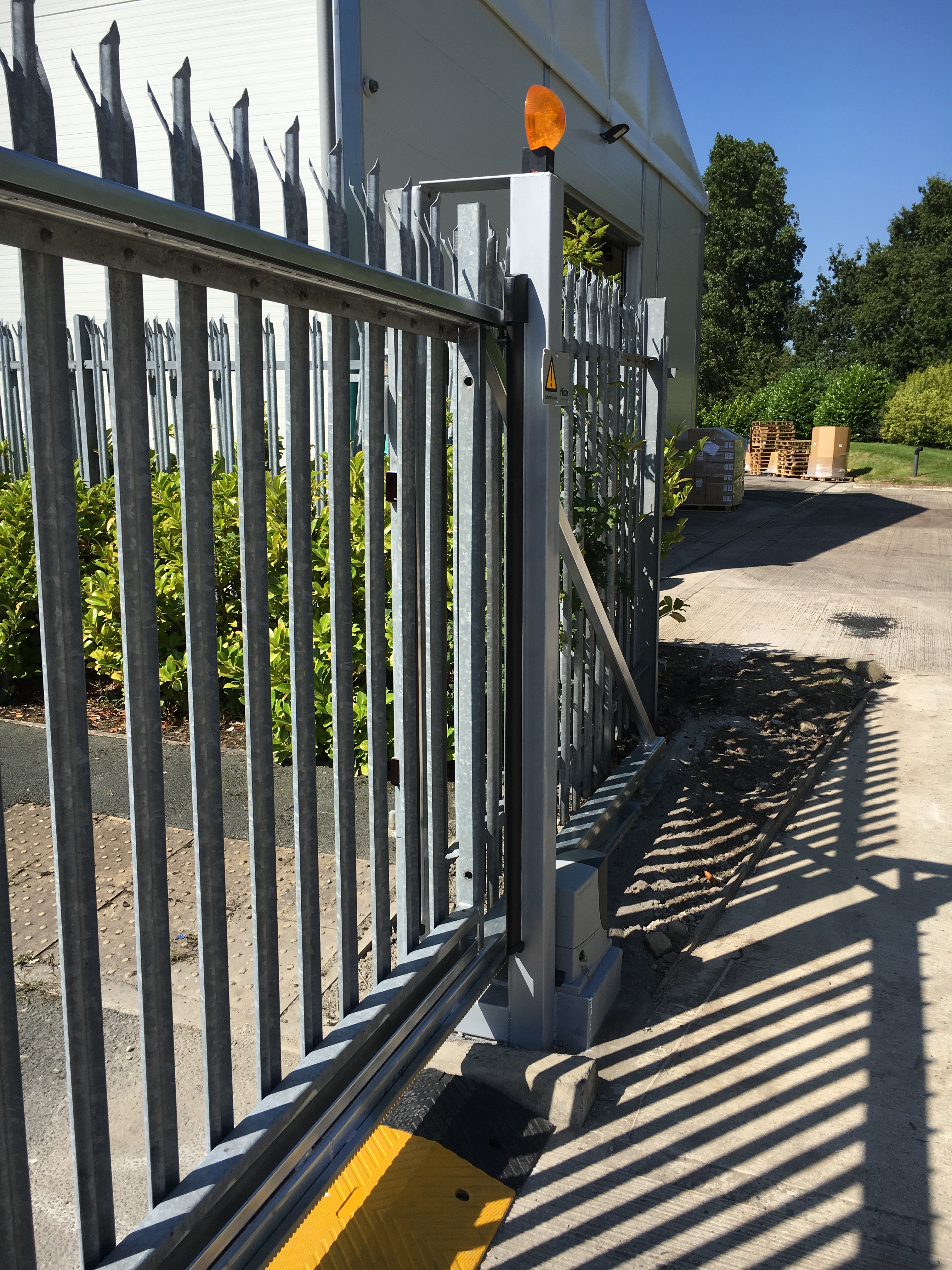